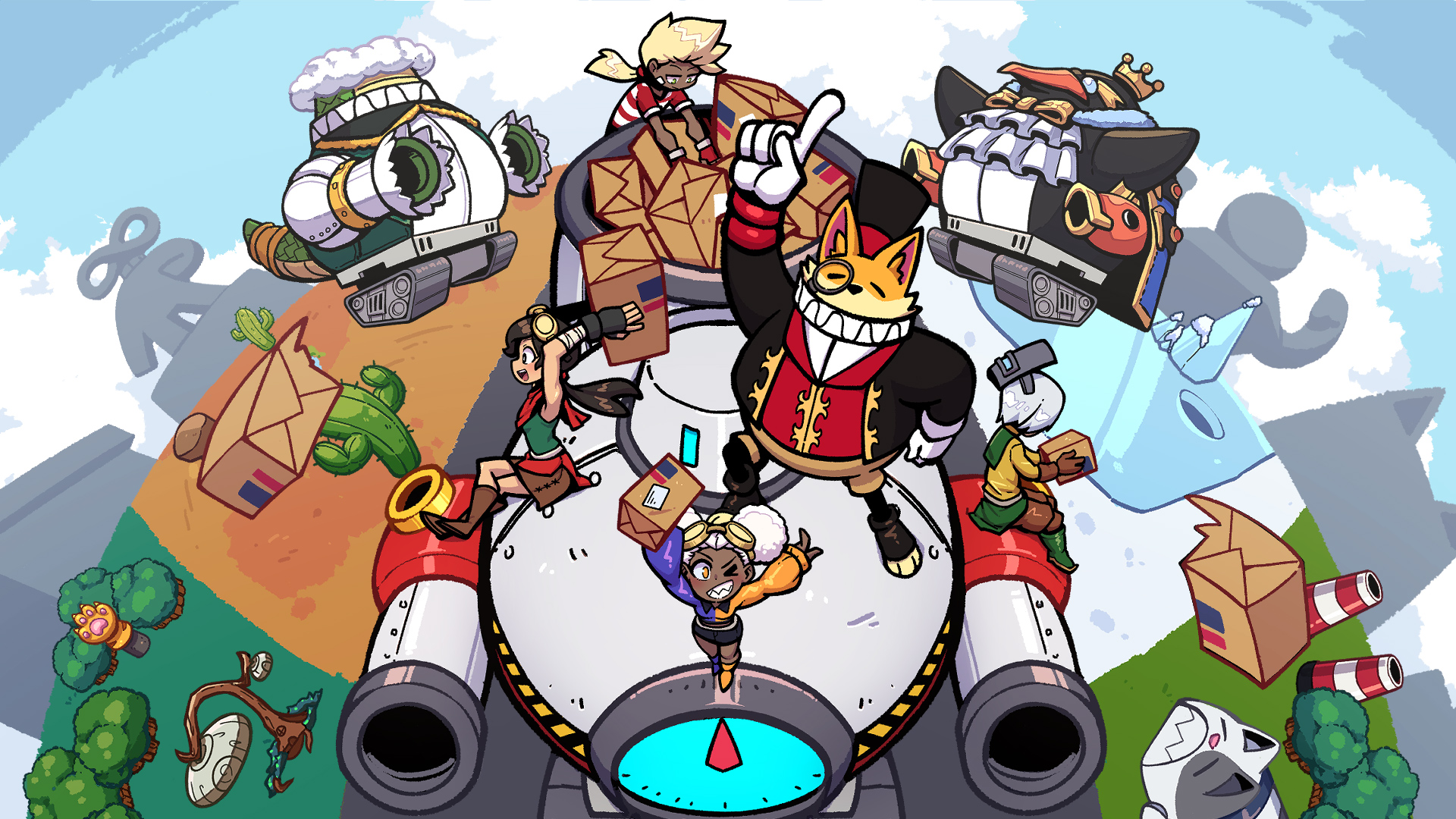 Battle Inside A Big Honkin’ Tank

Link conveyor belts together, craft ammo, and put out fires with up to four players.

Take on over 100 missions and crush the competition with over 70 unlockable tanks.

Playing video games with friends is a blast, especially when you win together. We to capture that feeling with a co-op game where cooperation is key to overcoming an enormous challenge… like a 60-foot cat tank aiming its fingerguns at you. ConnecTank puts you inside a massive tank where you place conveyor belts, extinguish fires, and match colored scrap to craft ammo to fire at enemy tanks.

That gave us a challenge too, how could we keep the same chaotic fun in single player? ConnecTank was designed with a set of single player levels with multiple difficulty levels to choose from. We packed the game with many unlockable tanks, dozens of tank parts, and procedurally generated maps. Whether you’re with a tanker team or driving solo there are plenty of surprises to discover.

Creating ConnecTank’s wacky world was just as much fun as whacking invading broccoli monsters. Patrick Baker who was a writer on The Regular Show came up with the idea when we showed him Finneas Fat Cat while talking about ridesharing and food delivery apps. From there he wrote stories where fetch a tank-sized ball for a billionaire terrier and deliver foot massagers to penguins.

Natsume helped us publish ConnecTank globally where it was revealed at New Game Plus Expo. We were invited to the ID@Xbox Summer Game Fest event to show the first playable build and it was an absolute thrill seeing other players discover strategies we couldn’t imagine. If you have a video or streamed ConnecTank, let us know! We still have an team debate about which tank is the best.  (Obviously, it's Snakes on a Tank.)

“Trying to describe ConnecTank would mean word-vomming a string of terms that mean little individually and next to nothing when considered all together. It’s a puzzle game, but also a cooperative multiplayer arena, and is a real-time tactics game that’s also procedurally generated. Look, a bunch of jargon will only obscure the fact that ConnecTank rules.”

“There are loads of great choices when it comes to co-op games but I bet you haven't played anything quite like ConnecTank before. ConnecTank is one of those games that will easily fly under many gamers' radars even though it's a ridiculous amount of fun, especially if you play it with a friend. So, if you enjoy frantic co-op formulas then this is a definite must-play.”