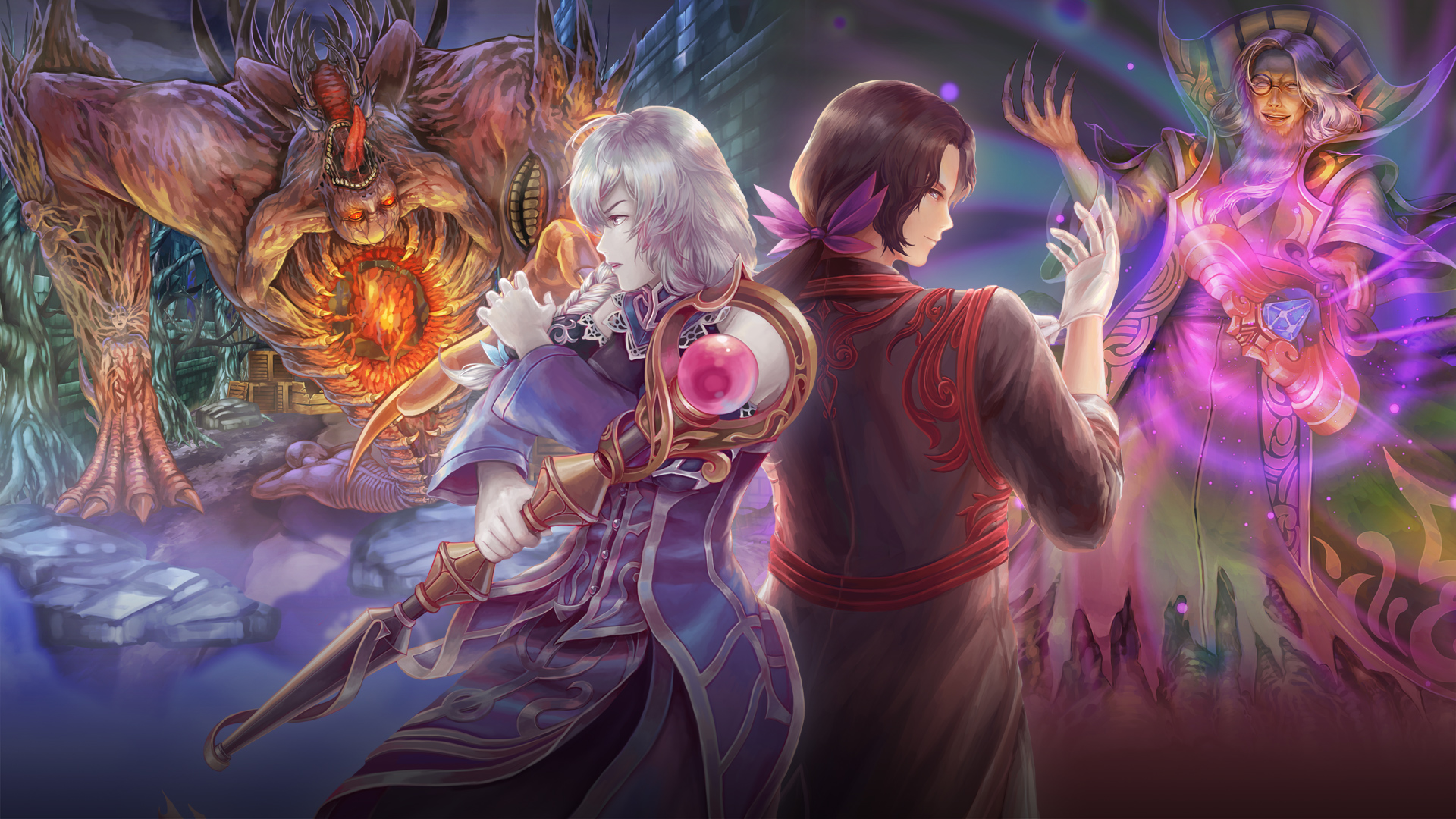 Cut through enemy hordes, parry attacks, and create custom combos with a team of Exemplars.

Decide The Fate Of A Dark Fantasy World

Make choices that change the fate of Welkin and lead to over 15 different endings.

Tough combat and even tougher choices are the heart of a Fallen Legion game. We wanted to build on both of those ideas with Fallen Legion Revenants. The battle system was redesigned with a strategy RPG grid blended into our JRPG battles. Now, players can smash a carnivorous plant with a barrage of arrows that knocks it where Rowena can finish it off with a deadly magic spell. We aimed to give players more freedom to customize their characters with equipment and revised the combo system so players could chain deathblows together.

We made choices an even bigger part of the game by putting players in control of Lucien, an aspiring politician who sneaks his way into Welkin’s political elite. Occasionally, Lucien will need your help to tiptoe past guards in stealth scenes and solve puzzles to control Welkin’s defenses. Just like battles, we wanted to give players freedom to play Lucien in different ways too. The choices you make have many branches that lead up to over 20 endings throughout the game. We had a lot of fun working with Geoffrey Golden, the game’s narrative director, to come up with some surprising fates to discover.

While Fallen Legion: Rise to Glory was inspired by the fall of the Roman Empire, Fallen Legion Revenants takes is a JRPG take on the 1918 pandemic. The world has been overrun by a miasma and a small group of people survived by isolating themselves in a floating castle called Welkin.

Just as we finished recording voiceovers, the global pandemic began. Shifting to remote work with a team in two continents was a difficult challenge and we missed getting feedback from players from hands-on events. After Fallen Legion Revenants debuted, we listened to players to create the Crimson Rose update that improves the game’s combat flow and adds a host of new features including multiple difficulty modes. We even revised all of the game's battle animations.

The Fallen Legion series has been a labor of love and we’re lucky to have publishing partners that believe in it too. NIS America helped with our Western release and the game’s many updates. Arc System Works released the game in Japan and we also had a chance to work with their beloved Blazblue series to create a costume pack for Fallen Legion Revenants.

“The branching plot is fairly compelling to those interested in a dark fantasy with a touch of emotional pathos, making Fallen Legion Revenants worth a look for fans of old-school JRPGs. ”

“The story branching goes deep. It has a high replayability value and you can see that actions really have consequences. The combat is simple at its core, but with the skill based countering system and versatile selection of fighters and weapons you can make it as complex as you want.”